Part of the Pack 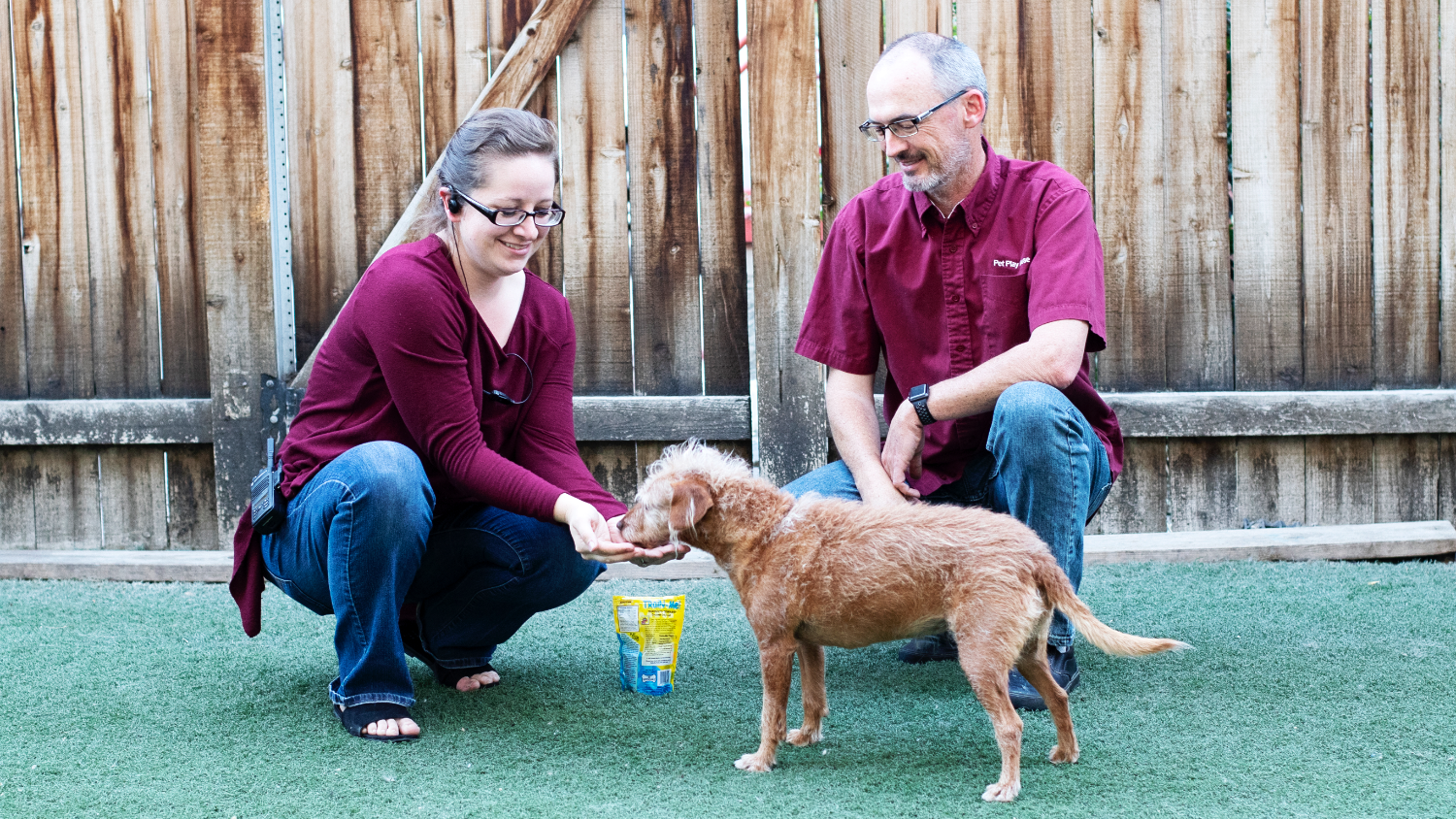 When Addie Goings was in middle school the family brought home Betsy from the Humane Society. This “beagle in a lab body”, as Goings called her, was a whirlwind of energy that no couch or sofa could survive.

“We actually had a friend who took her dog to a daycare facility and said it solves a lot of (behavior) problems,” said Goings

That recommendation and the family’s subsequent disappointment with dog daycare options in the area led to the family’s decision to set up a luxury dog boarding service that would create a home-away-from-home experience for the pets and a peace of mind for owners.

Goings is now co-owner of the Pet Play House, after her mother and aunt established the business in 2000. Since its small start in a ranch-style home on 4th Street in Reno, the Pet Play House has expanded to the lot next door resulting in a massive two-story building that looks like a giant doggy house from the outside.

Spaces for the dogs were booked before the construction even finished. And reservations for the furry pets fill up every day and night. Goings started Pet Play House just as the pet care industry experienced rapid growth.

According to the American Pet Products Association, the pet market was $69.51 billion in 2017 up from $28 billion when the Pet Play House first opened 17 years earlier.

For the past nine years, the Pet Play House has been voted the best pet boarding business in the Reno News and Review. Goings attributes the success to the facility’s creative overnight boarding options which were often conceived out of the necessity of caring for her own dog. As a 24-hour operation, Goings works odd hours to make sure the dogs, her clients and employees are taken care of.

“My personal philosophy for caring for dogs is that they are more than just dogs,” Goings said. “They’re basically a member of your family.”

Goings starts off her day at 3:30 a.m. when she arrives at the Pet Play House to feed the dogs breakfast and kickstart operations. She is often stays until closing to check-out the last customers and ensure the overnight employees are ready for their shift.

From 8:00 pm to 6:00 am, the Pet Play House turns into a pet hotel. Room service, bed and breakfast, 24-hour concierge and even a slumber party- are options for owners who want to give their fur babies the finer things in canine life.

During the slumber party, dogs curl up next to each other on the floor or with the staff on the only futon. It is ideal for dogs who have separation anxiety or who normally sleep with their owners.

The idea behind the cage-free slumber party came from Betsy, the family’s Beagle-Lab mix who tore up pillows and couches when left alone. Not even three walks a day could calm her, but the family didn’t feel comfortable leaving Betsy at a typical kennel.

“We just try to make a really homelike environment, something that they’re really used to at home. Not a huge change than what they live every day,” said Goings.

Part of the Pack 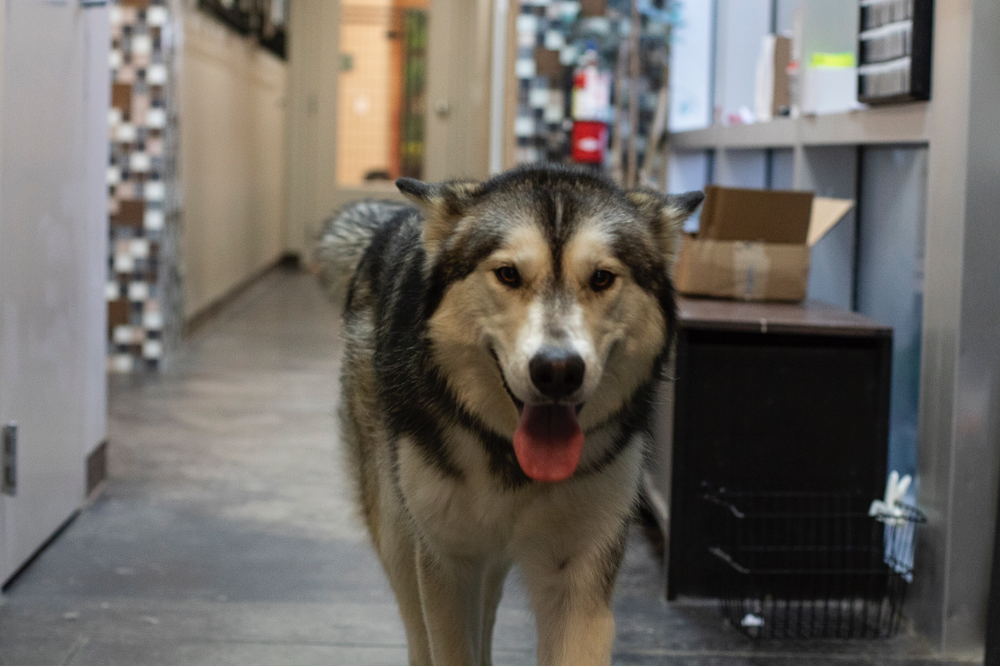 The Pet Play House offers a unique cage free boarding experience for dogs. After playing in the daycare, pets are ready to go to sleep for slumber party. Photo: Ray Ruiz/ Next Generation Radio 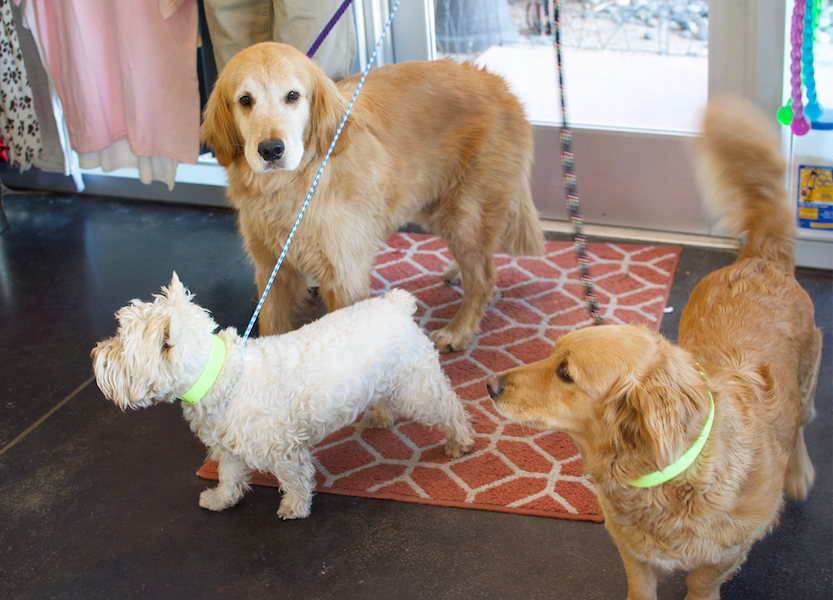 Pete, Penny and Wally are regulars at the Pet Play House. The daycare is open every day with overnight boarding options starting immediately after closing. Photo: Taylor Harkrader/ NPR Next Generation Radio