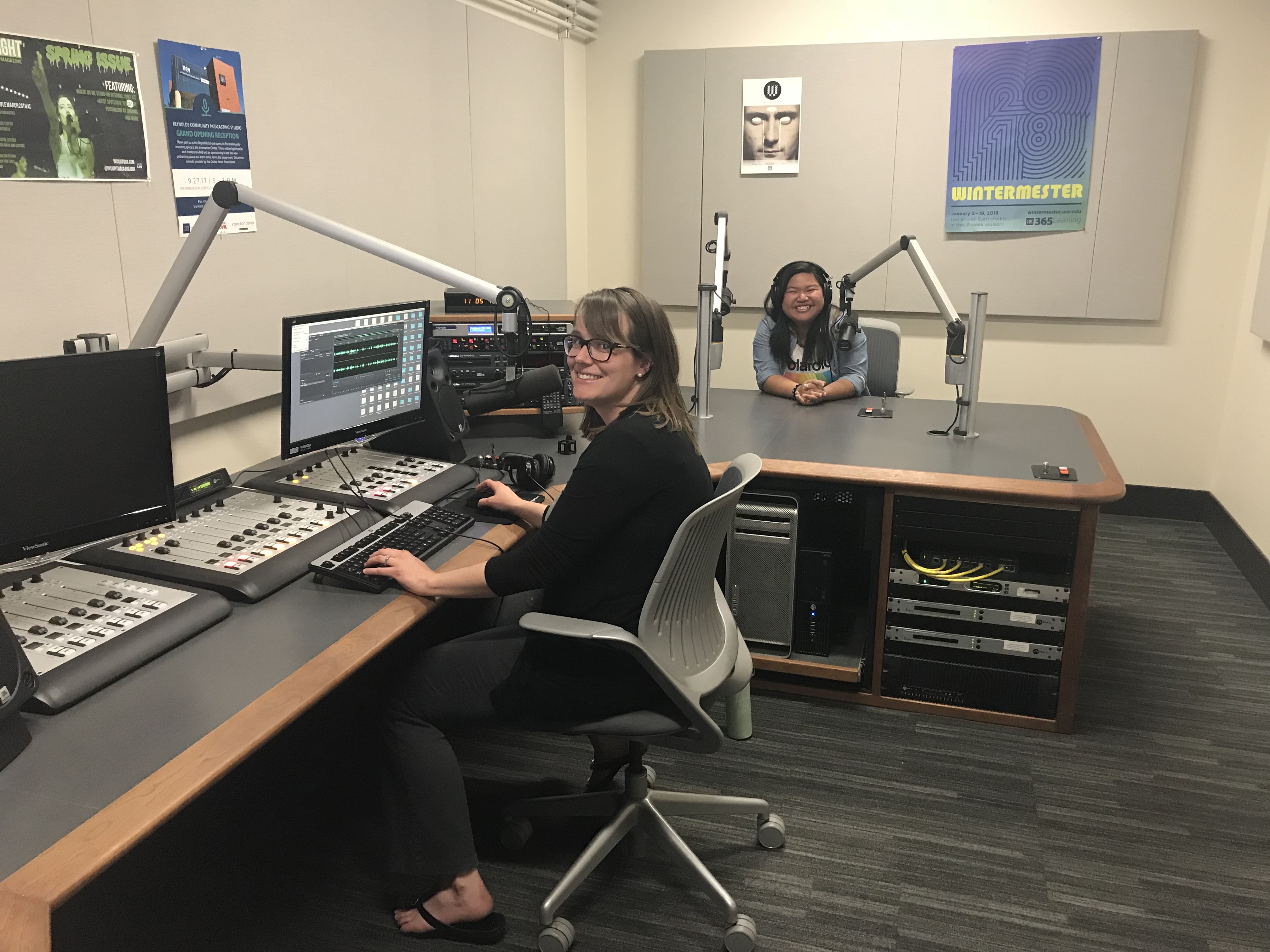 The work began long before Monday, June 10th, when the NPR Next Generation Boot Camp officially kicked off.

When I had my first meeting with my mentor, KUNR News Director, Michelle Billman, I felt like hurricane winds had picked me up and flung me into the eye of a storm—a brainstorm. I wasn’t expecting the speed at which we worked, but I ran along with it, working quickly and almost in a frenzy. Excitement welled up in my chest the same way it does during the first few minutes of a steady jog after a few days of no exercise.

It was exhilarating. Since our meeting, I almost doubled the size of my virtual rolodex, racking up more sources in a three-day span than probably an entire semester of school.  While on the road with my family, I sat in the back of the van, working the phone and chasing every drop of cell service I could find as we made our way through Utah, Arizona, and Colorado. Yet, I began to learn how to balance work and being present with my family. I realized that this was a taste of the hustle of the career I want, the life I want. But I realized it was also a taste of being dangerously close to tipping the work-life balance, so I took this as an opportunity to develop the discipline to stop, be present, and breathe—well, as much as you can at 12,000 feet above sea level at the summit of the Rocky Mountain National Park scenic drive. Cue John Denver.

Traveling from city to city with my parents while gathering sources, though tough, honestly made me feel really cool—I mean, come on. I stood in the airport saying, “Hi, this is Jana with NPR Next Gen Radio” like I was a real journalist traveling to her next assignment. I am a real journalist, but still. I was excited that I have become the jetsetter journalist my 10-year-old self had always dreamed I would be.

If anyone asked me how the boot camp went, my automatic first response would be, “It was a blur.” As I’m writing this, it’s the night of the fourth day, and I’m already jumbling up the order of events since Monday. In the span of a week, I rode in a milk truck at 3 am and collected sounds as I was sprawled diagonally across my seat; moved into the Reynolds School as my second house; logged and laid out hours of audio once, twice, three times; and edited photographs and videos only to have programs, like Photoshop, crash mid-session. Despite all of this, I struggled the most with coming up with a headline.

The work was challenging and definitely, at times, stressful. Project founder and director Doug Mitchell and managing editor Traci Tong  did a good job keeping the workspace calmer than the inside of my brain, passing around smiles and bottles of bubbles while everything else was on fire. Having such optimistic company in the midst of the high-stress challenge kept me grounded. Now I understand why they call it “boot camp.”

I have never worked so closely with a mentor before, so working alongside Michelle Billman was a new experience. I genuinely enjoyed my time with her, bouncing ideas off each other, and piecing the story together like a film noir mystery-solving duo. Collecting sound was tough through all the dynamic soundscapes, but her coaching helped me capture what I needed as best as I could. It was definitely our teamwork that, well, made the dream work.

I started the week with familiar faces mixed in with some new ones, and now I’m ending it with more members of my journalism family. 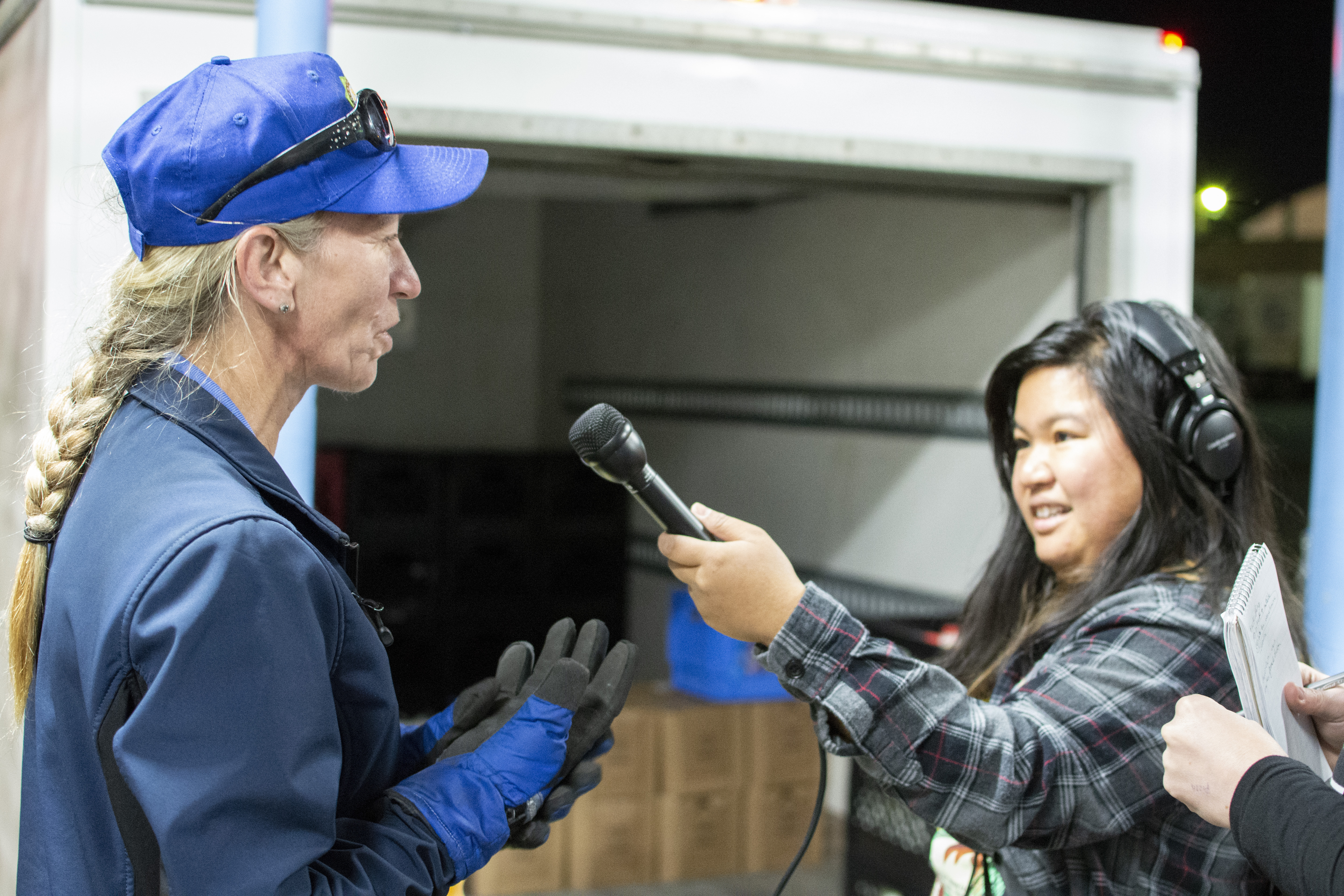