On Technology, Dreams, and Jobs 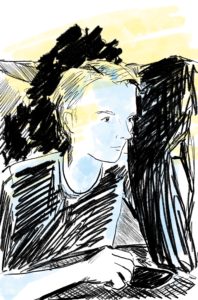 My dream job at the moment is to be a technology journalist. I love watching technology evolve. So, when I found out that I was going to be able to interview someone who works at Tesla, I knew that it was a perfect fit for me. Everything that we have done in this NPR Bootcamp has been 100 percent what I want to do for a living, and it is awesome.

I’ve learned a ton of stuff that I never thought about or didn’t think that I would learn at the Bootcamp. I never knew how hard it could be to find someone to interview – seriously, it took me a week to even have a concrete idea – and I never knew how important it is to have connections, and to be friendly to everyone because it is always great to have people help you when you need it.

I knew that the Bootcamp would be tough, and that we would get a whole lot of stuff done in one week, and that I would be dead tired by the end, but I honestly did not think that I would have this much fun while doing it. I think the best thing that the NPR Bootcamp has done for me is that it completely confirmed that I absolutely love the process of podcasting and editing audio – thank you, Patrice and Nico, for helping me out with that – and that I really do want to do this as a full-time job whenever I can. 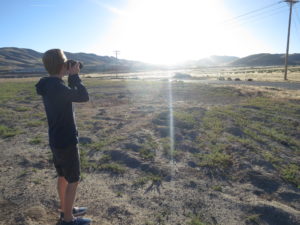 I guess I just really want to lay out all of the stuff that happened this week, because I think that it is a lot. I interviewed Liz Monday night before she had to work, and then woke up at four in the morning to interview her again, after her shift. After the interviews I had to lay them all out on a single track and transcribe all of it and make sure that the transcriptions were correct. Then we had to gather nat sounds that we did not get from Liz so that we could use them in the final audio. Then we were able to edit the narration and nat sounds down to four minutes, right into our time window! Then it was time for the editor, Traci, to listen. Traci said many good things, but obviously this was a rough draft and we had to change some things around. Once we got it right, Patrice had to help me edit the audio so it actually sounded pleasant to listen to. Then I had to write a close to 800 word story to accompany the audio as well as a 30 second introduction video. And now, lastly, I am writing this.

Even though I feel a little dead inside from the lack of sleep that I’m getting, I just want to get a little sappy and say thanks to everyone at the NPR bootcamp that has helped me out. I learned so much from this program and have also made a lot of really fun connections. This program is really awesome and I’m glad I have been able to participate in it.